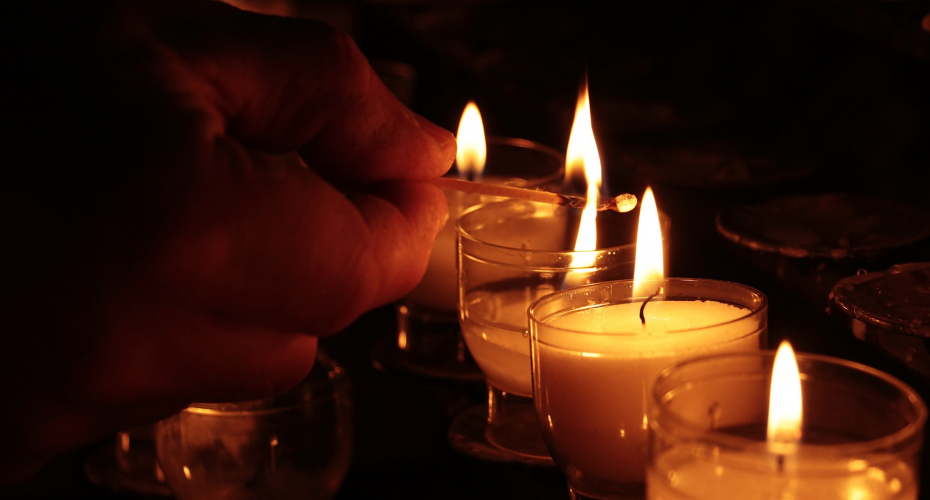 In the last 10 years, 87 fires caused fatalities with the mist being in Greater London (24)

Despite annual candle safety 'weeks' and other campaigns playing a vital role in reminding consumers about the potential dangers of not following guidance, it is vital that the urgency of the matter is communicated all year around. This is an important message as we move into the colder months and the popularity of candles naturally increases, with the flurry of celebratory events that mark the run up to Christmas.

Typical statistics tell a stark story, with almost half of fires started by candles resulting in an injury or death. Meanwhile, 350 casualties occur from candle related fires annually. According to Chris Taylor, founder of natural and vegan-friendly candle company, Newshome Candles, said, “These figures shouldn't act as a scare tactic in any way, keeping safety awareness in mind whenever candles is crucial at all times”

"Enjoying the effect of candles is paramount in so many different ways, but without safety awareness running parallel with this at all times, the potential dangers can be both shocking and life-changing. By simply incorporating this awareness into the thought process of any candle-related activity, people can be more empowered through prevention – and enjoy the positives more as a result!"

The regional statistics that run throughout the country where candle fire safety is concerned are startling, and demonstrate the widespread nature of the problem where this awareness has not been a factor of the candle using experience. Of course, central to this must be for people to ensure their homes have working smoke alarms, which can obviously provide the warning time needed to vacate and contact emergency services if necessary. Running parallel with this though must be a working knowledge of the right escape route, should this become required, so practising through drills is important, especially if a property is large.

Summarising the importance of this focus, Chris continued:

"I cannot stress enough how important it is not just to have an appreciation of the danger of fire, but also how an emergency would be tackled if it came about – unfortunately, the first becomes redundant – and potentially more dangerous – if the second is not followed."

Interestingly, as the table below shows, the latest government data on the causes of fire shows that out of the fire related incidents involving candles, causalities and fires are the most frequent feature of all fires that are caused by candles. This highlights that the ability of this type of fire to take hold and cause real, long-lasting damage, is a clear and present danger as we move into colder months, when the use of candles typically increases.

Commenting on this, Chris said:

"Despite their demure appearance, candles really have the potential to be the hidden danger where fire awareness is concerned. This makes it even more important that people are aware of this and take the right preventative measures to ensure their enjoyment of candles is not overshadowed by tragedy."

The government back up this incorrect assumption that just because an item causes less fires than others, it causes less damage by stating that 'the most common causes and materials responsible for the spread of fires are not those that lead to the greatest proportion of fire-related fatalities.'

Highlighting the increased need for safety awareness around candle use is a March 2019 report released by Vend, the preferred retail point-of-sale software of the British Independent Retail Association, which compared sales of candles in independent stores from 2016 to 2018. It states that small businesses have reported a significant increase in sales of candles, indeed 71% more than they were in 2016, and an increase of just over a third than a year ago. It also highlights the fact that UK candle users buys six candles per year at £7.40 a go, meaning the country collectively spends £1.9bn on them annually.

The company also surveyed 1,001 consumers to discover what is behind the candle craze. Over two in five (42%) respondents said they buy candles to make their house smell better, and more than one third (36%) said a candle relaxed them. A similar number (34%) said that burning a candle at home made them feel cosier – so when seeking a major endorsement for further promoting the need to be safety aware when using candles, then this certainly fits the bill.

Here are some useful tips to help keep safety front of mind where safety is concerned:

·  Ensure candles are not left burning alone and are completely extinguished before retiring for the night or leaving a property unmanned.

·  Keep candles away from flammable objects such as furniture and bedding

Nine in 10 Brits Are Self-confessed ‘Control Freaks’ At Home.

Millions Complain There's No Community Spirit Where They Live