Can You Spot The Signs That No one is At Home and Foil the Burglars? 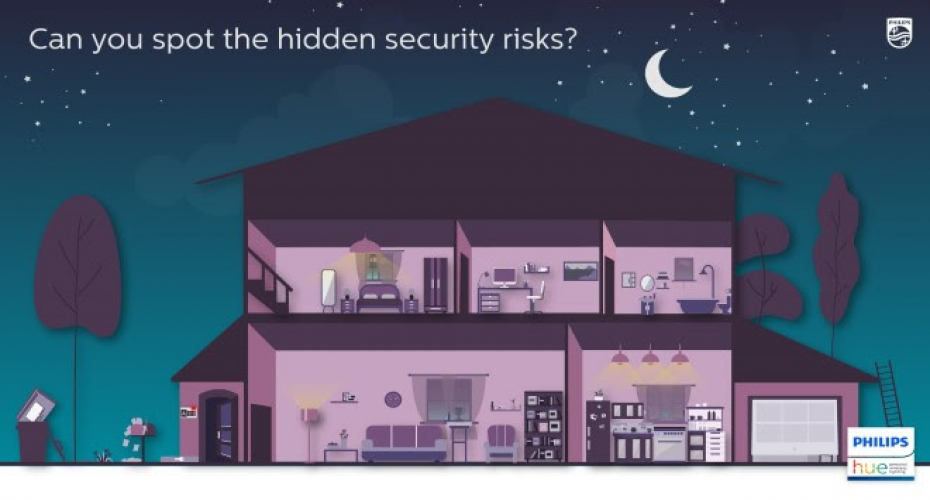 This mind-bending puzzle is the latest brainteaser to sweep the internet, but can you pick out the 11 clues that the residents of this house have gone on holiday?

At first glance, this seemingly typical suburban home doesn’t appear any different to how it would normally look.

But if you scan the image more carefully you should be able to pick out the clues which indicate the residents might be spending time away.

As the clocks go back later this month, it can become more obvious to an opportunistic burglar which houses are occupied and which have been vacated for an autumn break.

With three fifths of domestic burglaries taking place between 6pm and 6am, according to ONS figures, the puzzle was created by Philips Hue (https://www2.meethue.com/en-gb/smart-home-automation-light) smart lighting, to highlight the best ways to keep your home secure as evenings grow darker.

It takes the average reader 120 seconds to spot the 11 clues, during which time it’s estimated an average of three burglaries will have occurred in the UK.

Can you beat the clock, or will you be left scratching your head?

Andy Baxter, Philips Hue product manager at Signify said: “A burglar will look at a row of houses in a street and look for the obvious signs that someone is away and it’s easy to get into.

“People can often get complacent when they live on a quiet road with a community fee - leaving windows open or letting post pile up in sight through the porch window - so it’s worth coming up with some tactics to protect your home from thieves.

“Leaving lights on and drawing curtains are commonly considered as deterrents to burglars, but it can look suspicious when left on throughout the night.

“There are simple ways to prevent break-ins and now even more smart ways.

"With Bluetooth enabled lighting, it’s easier than ever to make it seem like you’re home even when you’re not around.

“And products like Philips Hue works with other smart home devices like Yale alarms - now you won’t just deter burglars with noise, all your lights will flash red too.”

Answers to the puzzle:

• Door is unlocked - Garage, shed and conservatory doors should be locked regardless of where you live.

• Rubbish - Boxes for expensive items, such as tech, in recycling areas can give a lot away

• Having an alarm system in line of sight - This means burglars can see if it’s activated.

• Curtains left half open - Letting people see into your home and who’s there or not?

• Post piled up in the letterbox - This could signal an unoccupied property.

• Ladder in the garden - building materials such as ladders can easily be used to smash or reach windows.

• Window open - No matter how high, they are often easy to jimmy open if left unlocked or ajar.

• No car in driveway - It’s evident somebody hasn’t come home if a thief is watching the property, or similarly if a car hasn’t been moved for some time.