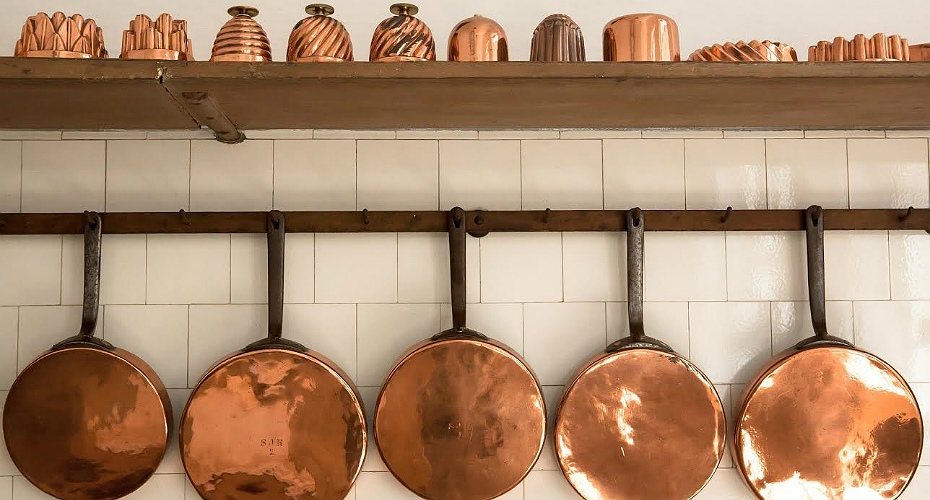 By Interiors Writer • Posted in Interiors

Downton Abbey has become something of a national treasure during its time on our screens. For six series now we have kept up with the antics of the Crawley family and their servants. The kitchen is often the backdrop to some of the drama's most memorable scenes, so it's no surprise that we've wanted to recreate it in our own homes. While we might not all be blessed with a vast space like the one in Highclere Castle (the stately home where Downton is filmed), we can certainly take plenty of inspiration from it.

Here William Durrant, MD of Herringbone Kitchens , a Canterbury-based kitchen designer and installer, gives some tips to Home UK Magazine readers about how they can get the 'Downton look'.

Plenty of designer kitchens have taken some inspiration from times past, so there's no need to worry about things looking dated if you pay close attention to detail. If you are ditching your old units during your Downton inspired makeover, then be sure to know which ones to look out for when replacing them. Pale cream units with wooden worktops were typical of the era, and are still a timeless favourite in many modern day homes. If you have the room, a long island in the centre of the kitchen will tie in perfectly with your new units. Mrs Patmore is often seen at hers making the day's food – and you could emulate her!

You might want to give your walls a fresh lick of paint too. If you're a stickler for authenticity, then you'll be pleased that the very paints used in the TV series are available to buy. In shades of soft, muted grey, they'll perfectly offset your new units and worktops. If grey isn't your colour, then stick to classic cream. Keep any tiles relatively plain too – this isn't a look that's busy or bogged down by fussy detailing. Plain walls and tiling will also keep the room feeling light and roomy.

You'll notice in the show that there's a large shelf running almost the whole length of the kitchen wall behind the island. This shelf is groaning with copper saucepans, which were typical of the period. If you're planning on buying some new pots and pans, this is the colour to go for. Display them on open shelving, or in a glass fronted cupboard. If you've got some pretty utensils you'd like to show off too, hang them from the walls or ceiling on rails.

To finish off the look, invest in some period appropriate accessories. For a cheeky nod to times past, why not place a butler's bell  on the wall? Yes, it will no doubt be rung by someone who's getting impatient for their dinner, but it's the perfect addition to the room for a Downton fan! Key boxes, provender stands and traditional clocks will also give your kitchen an authentic feel.

Most of the elements in a Downton Abbey style kitchen are pretty timeless, so taking some inspiration from the show won't leave you with a room that looks gimmicky. Instead, you'll be able to enjoy this room for years to come. The only thing that we can't promise is that your new kitchen will come with a butler and cook at your beck and call. Still, you can't have everything!

5 home refurbishments that can improve your mental health