Halifax Woman To Take The Heat Out Of The Kitchen 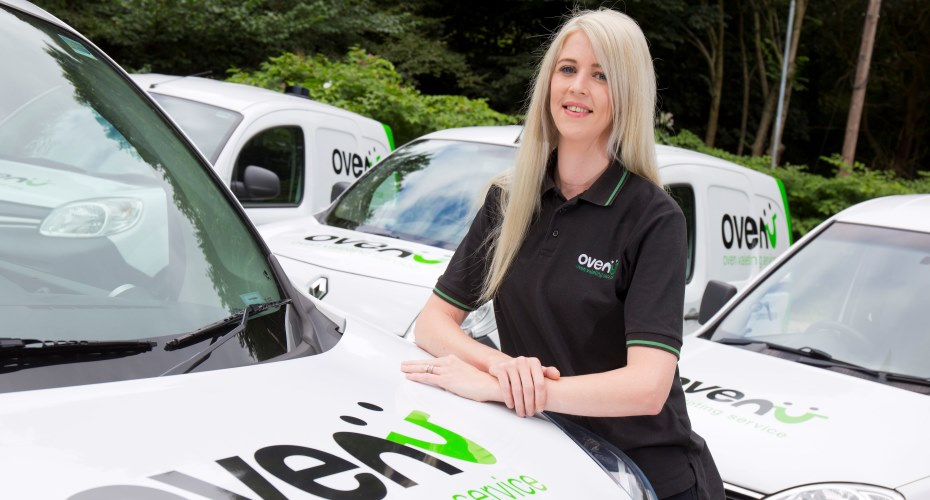 By Writer • Posted in General News

Stephanie Horsfall will now operate Ovenu Halifax, having previously worked for a major bank for nine years and most recently for Ovenu West Yorkshire, which comprises Ovenu  franchises in Bradford, Halifax, Leeds and Wakefield.

Richard Greenwood, owner of Ovenu West Yorkshire, who formerly managed the Halifax franchise, has ‘handed the keys’ to Stephanie, who will run Ovenu Halifax independently.

In addition to carrying out oven valeting appointments, Stephanie will manage the firm and its team, including sub-contractor Lee Horsfall, who is also her husband.

Stephanie said: “I am delighted to be joining Ovenu Halifax and build on its excellent reputation. Having worked in the area and within the Ovenu West Yorkshire operation, for more than three years, I am well-equipped to take on the role in Halifax and my vast experience over the course of my career should stand me in good stead.”

Richard Greenwood said: “I am confident that Stephanie will create a thriving enterprise in Halifax, given her exemplary work over the last three years within Ovenu West Yorkshire. I would like to thank her for her support, which has helped support the firm’s rapid growth and expansion.”

Ovenu West Yorkshire valeted 2,450 ovens throughout 2015, and Richard expects this figure to rise this year.

Ovenu is a franchise network made up of more than 100 businesses owned by men and women working throughout the UK.

Rik Hellewell, Managing Director and Founder of Ovenu, said: “Stephanie brings a wealth of experience to the role and I am delighted to welcome her to the Ovenu franchise network. Richard has built-up a very successful business throughout West Yorkshire and under Stephanie’s direction, I’m confident this success will continue throughout Halifax.”

The Ovenu valeting process involves dismantling key components of an oven such as the door, interior panels, fan and shelves and placing them into design-registered tank equipment, which uses safe, non-caustic products to clean the oven parts. The whole process takes around three to four hours and leaves the oven, hob and exterior in immaculate condition.

For more information about Ovenu Halifax, call 01484 715991, email ovenuwyorkshire@btinternet.com  or you can visit www.ovenuhalifax.net