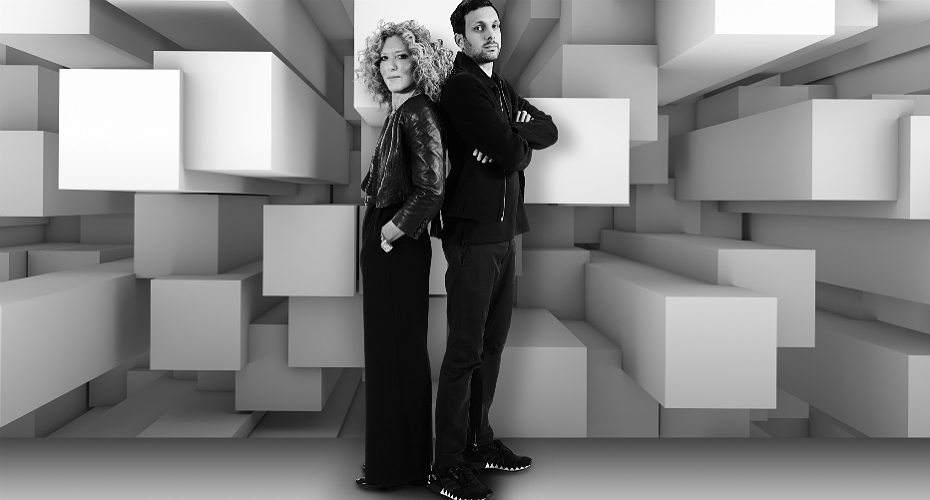 By Interiors Writer • Posted in Interiors

Blurring the boundaries of design and magic, world-renowned designer and entrepreneur Kelly Hoppen MBE and star magician Dynamo, have teamed up to create a distinctive range of illusion wallpaper. The collaboration is the first that sees a magician and interior designer joining forces to bring their creativity and craft to life.

The wallpapers are available in two designs ‘Enigma’, a three-dimensional  protruding pillar effect and ‘Paradox’ which replicates an angled, jutting wall of stone. Each are digitally printed using the newest printing technology. By using this innovative technique, Kelly and Dynamo had access to design options outside of the usual restrictions and boundaries of traditional wallpaper printing allowing much more flexibility in terms of scale and detail. Using realistic imagery and clever design, Hoppen and Dynamo have used a trompe l’oeil technique to create an optical illusion of depth, which forms a sense of additional space within the home.

Kelly Hoppen explains: “When Dynamo and I initially met and started discussing the idea of an illusion wallpaper, I had no idea how fascinating it would be to work on such a different project! Having been in the design industry for 40 years, there isn’t much I haven’t done, but magic was new to me and I enjoyed every second. I like to think I create magic in peoples homes on a daily basis but now I can say I have done the real thing, with the mystery man himself!”

Kelly and Dynamo, are proud ambassadors for The Prince’s Trust and are passionate about inspiring the next generations of young entrepreneurs and creatives. In celebration of their first collaboration and the Prince’s Trust 40th anniversary, Graham & Brown alongside Hoppen and Dynamo will donate a percentage of the proceeds back to the charity.

Dynamo said: "I wanted to bring a bit of magic into people's homes and after chatting with legendary interior designer Kelly Hoppen we came up together with the idea of magic inspired wallpaper prints. I'm thrilled with the results and even more delighted that part of the profits will go to the Princes Trust who were so key in helping me start my magical journey."

Alan Kemp, Head of Brand Marketing at Graham & Brown added: “Graham and Brown are delighted to support this fascinating partnership that has produced an amazing result that challenges people’s perceptions of wallpaper.  As we celebrate our seventieth anniversary, it has been pleasure to once again challenge and innovate our print and finishing techniques as well as support the work of the Princes’ Trust”.

Available from £30 per sqm from www.grahambrown.com/uk