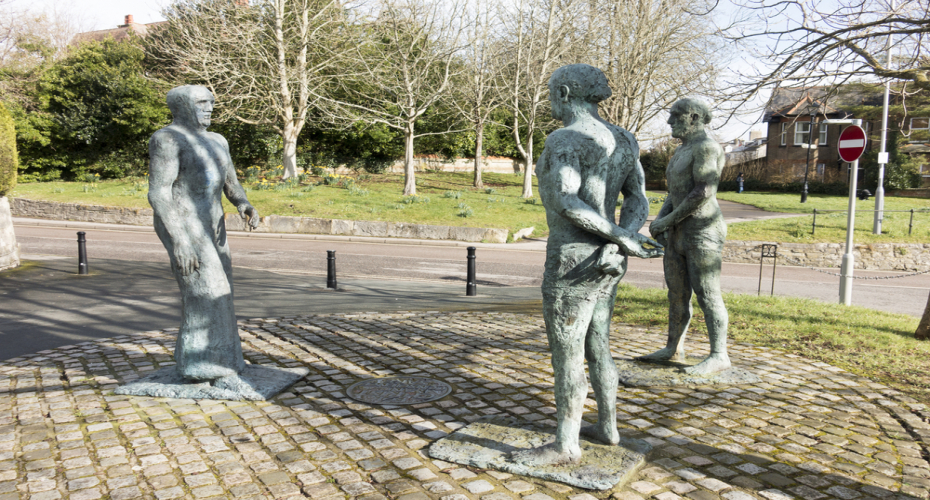 Think of a listed building and more often than not you will picture a structure that was built centuries ago and yet has — at least partially — stood the test of time. Not all listed buildings are old and archaic though, since a building can make the list if it’s over 30 years old.

We join listed building insurance provider Lycetts as they look at some entries on the listed buildings list, which were only built in the latter half of the past century:

Found at: Near Glenhove Road, in Cumbernauld, North Lanarkshire

·  1962: Artist Brian Miller began working in the engineers’ department at Cumbernauld Development Corporation as a draughtsman, before being appointed as Town Artist within the Chief Architect’s and Planning department.

·  1964: Miller set up a Design Team, with their first major task to design and construct the car park in Cumbernauld Town Centre — the forerunner to the Totem sculpture’s concept.

·  1993: Cumbernauld town centre is listed as one of Docomomo’s 60 key monuments of the post-war period.

·  16th and 17th century: Number of people executed for their religious beliefs at Gallows Hill, in Dorchester.

·  Early 1980s: Elisabeth Frink commissioned to make a public sculpture to be placed at the former site of Dorchester’s gallows on Gallows Hill, following funding from the Art Council's 'Art for Public Places Scheme', the Council of Dorset Natural History and Archaeological Society, and the Catholic Community in Dorset.

·  1986: Dorset Martyrs Memorial installed on the site of the former gallows.

·  1920: Crystallographer and pioneer of the study of molecular structures Rosalind Franklin born in Notting Hill, in London.

·  1956: Franklin asked to construct large-scale models of viruses to be showcased at the 1958 Brussels World’s Fair Science Exhibition.

·  1958: Franklin passed away at the Royal Marsden Hospital, in Chelsea. She was buried in Willesden Jewish Cemetery.

Found at: Cambridge, in Cambridgeshire, CB3

·  1982: Following the interviewing of 20 architectural practices, Sir Michael Hopkins was selected to design the Schlumberger research centre that is to be based in Cambridge.

·  1984-1989: The scientific research facilities and offices of the Schlumberger Gould Research Centre erected.

Found at: Along a service road that is south from Heol Cae’r- Bont, west of Junction 38 of the M4 motorway, in the county of Neath Port Talbot.

·  1969: The Margam Crematorium chapel byFD Williamson & Associates of Porthcawl was opened by the Secretary of State for Wales George Thomas MP.

·  1941: Greenham Common requisitioned by the Air Ministry as a satellite airfield for RAF Aldermaston.

·  1943: The airfield became a United States Army Air Force base.

·  1951: The Air Ministry announced its intention to re-requisition land at Greenham Common.

·  1985: The Wing Headquarters building of the former Greenham Common airbase was constructed as part of the Cold War redevelopment of the base to accommodate cruise missiles.

·  1997: The airbase was purchased by Greenham Common Community Trust.

·  1983: The bus station was commended by the Structural Steel Design Award.