Property Owners Are Wasting £107billion Worth of Space In Their Homes 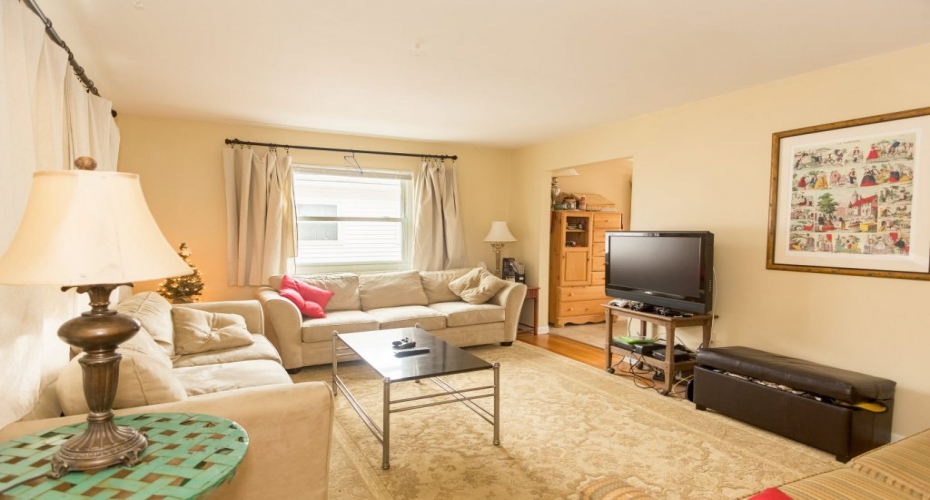 Experts found homeowners are failing to make the most of space in their home due to bulky TV cabinets and stands taking up large chunks of the floor.

In fact, the study - carried out as the housing market slows down - found they can take up to £3,066 worth of space in the average home.

The survey also revealed 49 per cent of Brits point to the living room as their favourite room in the house, with the TV being the most common focal point.

Despite this, adults across the UK have widespread dissatisfaction with their living rooms, with over half feeling they are not utilising the space they have.

The research was commissioned by Samsung as consumer demand for larger screen televisions has seen a drastic increase, with analysts seeing 38 per cent growth in sales of TVs that are 65” or larger, in the last year.

Samsung are working in collaboration with one of Britain’s finest interior designers, Mel Massey, to showcase how a big screen TV can complement the living room, rather than dominate.

Massey, said: “With space in our homes being as precious as ever, and most homeowners agreeing that they would like some more space we have had to become space savvy with the way we design and style our homes and appliances – and our TVs are no exception.

"In the past we have only ever have two options when it comes to displaying our TV, either in a cupboard out of sight or on a stand in the room – as an interior designer I would always choose for it to be out of sight.

"Now we have a way of displaying it that enables us to use the TV as a feature.”

In a time where the size of UK homes are continually shrinking, living rooms are suffering the most, being 32 per cent smaller than back in 1970’s.

Space is therefore very valuable, and with desirable TV’s growing in screen size and nearly one in 10 Brits blame their TV stand and unsightly and bulky appearance for their limited space.

With more than half of Brits wishing they had more floor space in their living room, as well as feeling as if they aren’t making the most of the space, these design features will allow for the nation to claim back the £107billion worth of space in our homes.

Staggeringly, 67 per cent of people still use a stand for their TV; the new Samsung QLED range and The Frame TV can both be wall mounted with a near invisible cable, seamlessly fitting into your interior.

Rob King, Vice President of Consumer Electronics at Samsung UK said: “We’re seeing consumer demand for bigger and bigger TV sizes, but at Samsung we have challenged ourselves to create a larger TV that complements a home without being overbearing.

"With Ambient Mode on QLED and Art Mode on The Frame TV, we give consumers the ability to have the best of both worlds, meaning no one will have to compromise on either screen size or home décor choices again.”