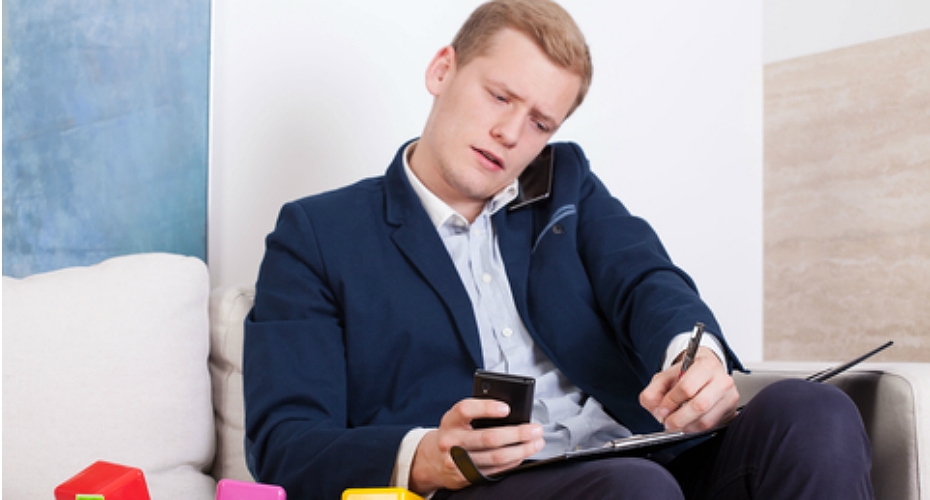 The average Brit spends an agonising 229 days over the course of their life waiting or being delayed due to factors out of their control, according to new research. We clock up 4,075 minutes every year hanging around or changing their plans because of unforeseen circumstances.

One of the worst offenders for interrupting daily routines is having to stay late at work, which happens on average 24 times a year, with hard working Brits most likely to burn the midnight oil on Wednesdays, Thursdays and – most depressingly – Fridays.

Traffic jams or road works are also bad offenders. Respondents to the survey reported they are affected on average 24 times a year by chaos on the roads, with Mondays being the worst day to travel.

The research, which was commissioned by new smart heating control therM and polled 2,000 workers, also revealed that the weather, other people's tardiness and waiting in for delivery people or workmen disrupt the average Brit's plans 22, 21 and 17 times a year respectively.

And while technology should in theory make our lives easier, the survey found 59% of people are forced to be late at least once a month because of a gadget or device not working or breaking, and 56% are held up at least once a month due to an unexpected email, phone call or social media interaction.

According to the research, we are creatures of habit, with over half (55%) having routines that stay the same day-to-day, while 29% vary their routine slightly depending on what day of the week it is. The majority of people (71%) describe their routine as very or fairly important to them. Over a quarter (28%) say they feel stressed if their routine or plans are interrupted, a quarter feel agitated and 14% become angry or worried.

And if we had more time, we would invest it in activities that make us happier and healthier. Some 43% of respondents wish they had more time to spend with family or friends, over a third (35%) would like to spend more time exercising, 29% want to spend more time relaxing at home and over a quarter (26%) would love to be able to curl up more often with a good book. Only one in ten would choose to spend any extra time working, and 7% would spend it shopping.

“Time is one of our most precious commodities and it's no surprise that people get upset when their routines and plans are disrupted,” explains Tori Teague from therM. “It doesn't matter if you're the most organised person on the planet, there will always be external factors that make you late and force you to change – or even worse, cancel – your plans.”

“However, there are ways to gain back control. Online shopping, for example, has already been the saviour for many people who don't have the time to traipse around supermarkets and queue at checkouts. Now, the emergence of the internet of things is set to revolutionise our lives even further.

“While traditional thermostats can be programmed to a set schedule, as our survey shows we can no longer take for granted that our routines and plans won't be disrupted. By installing a smart heating control and app, such as the recently launched therM, you can control your heating and hot water from anywhere and anytime. So you don't need to waste money and energy by heating an empty house when you get held up, and you can come home to a comfortable environment after a busy and stressful day. Research shows that smart heating controls can save people 40% on their energy bills[i] – a considerable amount!

“At its most basic level, therM gives homeowners the ability to have a stylish, modern thermostat and control it simply from anywhere they are with their phone, turning it up, down, on or off. It gives people the ability to live their hectic lives, and not come home to a cold house or no hot water for a bath or shower.”

The therM system consists of the therM stat, which can be fitted in every room for customised heating, and a therM hub, which connects the system to the app installed on your phone. Compared to other options on the market, therM is extremely easy to set up yourself, meaning there's no need to pay or wait in for an installer to come and fit it for you. The therM heating control system is available to buy online at http://www.thermcontrols.com and retails at £200 (including VAT) for the full heating package, or £270 (including VAT) for the full heating package including the therM hot water heating controls.