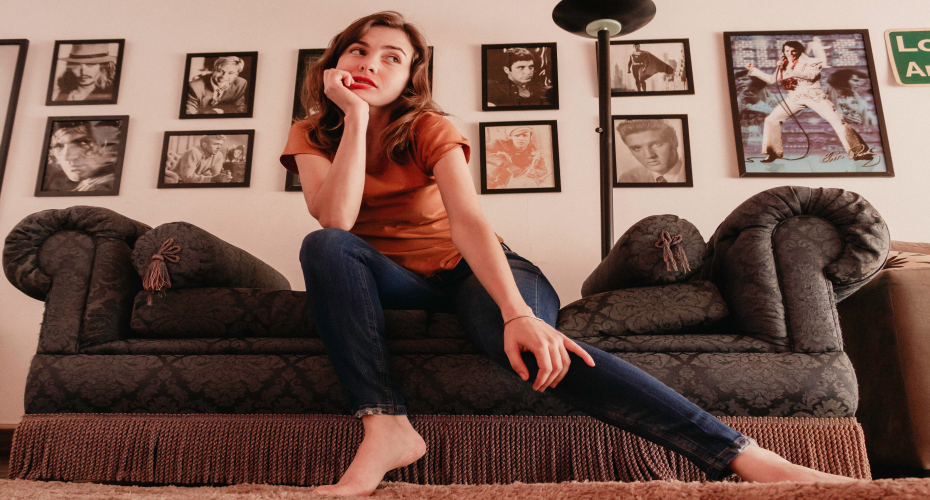 The 1960s vs now: Why the average first-time buyer is not who you might imagine

Despite being dubbed ‘Generation Rent’, there are still millions of people gearing up to buy their first home in the UK.

House prices have plateaued over the last year or so, making it an opportune time for young buyers to get a foot on the property ladder. And with initiatives like Help to Buy and shared ownership, homebuyers have more options than ever to give them a leg up.

But what do those first-time buyers look like today? In the past, this group fit a fairly conventional profile — young, married, and ready to start a family. But amidst shifting societal norms and the increasing gap between income and living costs, they look dramatically different from what they did fifty years ago.

Experts at leading North West housing developer Laurus Homes examined how the state of home-buying has changed since the Baby Boomers to understand how it’s shaped the first-time buyers of today.

According to data supplied by The Independent, the average age of a first-time homebuyer in the 1960s was 23 years old.

While arguments can be made in support of ‘extended adolescence’ and the millennial need to prioritise experiences over material purchases in their twenties, there’s one factor that stands out over all the others: price.

It’s no secret that house prices have increased. However, asking prices have escalated at a much faster rate than household income.

According to Mortgage Solutions, the cost of the average UK home has rocketed up by 554% since the 1980s, far outpacing salary growth. That means today’s first-time buyers have less purchasing power than their parents — and it takes them longer to save to make up the deficit.

Even though the average age of a first-time buyer was 23 in the 60s, 84% of them were married.

But being single means you only have one income on which to secure a loan, making it more difficult to get approved. So why are so many first-time buyers going it alone?

There has been a shift between the Baby Boomers and Millennials when it comes to societal expectations around things like marriage. Scepticism around the institution of marriage stems from a decline in religiosity — with over half of Britons identifying as having no religion (The Guardian) — and the high divorce rate of their parents’ generation.

Moreover, weddings are yet another expense that millennials simply can’t afford. With the cost of living rising more than salary growth, many young Brits are prioritising their careers over starting a family.

Building equity in a house before announcing a wedding is a good way to fund it if it goes ahead, which could explain why today’s first-time buyers are going for a house before a spouse.

3. They get financial support from family

It may seem like the UK is losing its family values, but the data suggests otherwise. While 23% of buyers in the 1960s had financial support from family and friends, nearly half get a helping hand today.

In today’s tough housing market, parental support is more important than ever. Legal & General recently estimated that the ‘Bank of Mum and Dad’ would lend a staggering £6bn to their kids to help pay for deposits — making it the ninth-biggest lender in the country.

The Bank of Mum and Dad is becoming more necessary because of the increasing generational gap between millennials and Gen Xers, and even more so with Baby Boomers. With house prices rising so much faster than wages, today’s young adults don’t have the equivalent purchasing power equivalent to their parents, who’ve built up strong equity in homeownership while demand has skyrocketed.

The generational gap is so large, in fact, that the Resolution Foundation proposed giving millennials £10,000 each to make up for stagnant salary growth and increased living costs.

For that reason, today’s first-time buyers lean more heavily on familial support than any homebuyers in the past.

4. They’re looking for different things in a home

While in the 1960s first-time buyers were often looking for houses in close range to their established community and extended families, today’s buyers are looking for something quite different.

QZ showed the results of a poll asking people from different age groups what they’d look for in a house. Here’s what millennials look for in a home more than Boomers and Gen Xers:


Homes that are close to work, public transport and amenities are often located in or near cities, where house prices are much higher — especially in places like London.

These priorities are also indicative of a shifting approach to careers. While in previous generations workers could stay loyal to one business for decades, the average millennial plans on moving jobs every two years. That’s an awful lot of moving home if you’re following a career around the country, and the last thing you want is to get stuck in a chain. This could help account for the appeal of renting over buying despite the lack of security.
5. They don’t have kids yet

Because so many first-time buyers in the 1960s were married, children were high on the agenda. They were just as likely to buy to provide security for future offspring as they were in order to generate equity.

Today, the average first-time buyer does not have children.

One of the main reasons why so few first-time buyers today have a young family is that women are choosing to have children later in life. As of 2016, more women had children in their forties than under-20s for the first time in 70 years (Refinery29). This is because more women are prioritising establishing themselves in a good career than in previous generations, putting off having children until they’re more financially secure.

With the mean age of first-time mothers being 30 and men typically becoming fathers at 33 (The Independent), the average first-time buyer won’t have any dependants when they put their deposit down.

Is there anything to help first-time buyers?

To combat the decline in first-time buyers in the UK, there are several initiatives that can help people get on the property ladder.

There are different types of Help to Buy home schemes that have been backed by the Government to get first-time buyers on the property ladder more quickly.

With a Help to Buy Equity Loan, the Government lends you up to 20% of the cost of your newly built home, so you’ll only need a 5% cash deposit and a 75% mortgage to make up the rest. The equity loan is interest-free for the first five years.

By signing up for the Help to Buy Individual Savings Account (ISA), you’ll get an extra 25% from the government on top of whatever you put in your savings. For example, for every £100 you put into the ISA, you’ll get £25 back.

The ISA is available from a variety of building societies, banks and credit unions throughout the UK. You can start to claim once you’ve saved £1,600 and can claim up to £3,000 per person (meaning couples could claim up to £6,000).

To be eligible, you need to be a UK resident and you must not own another property. You’ll need to be quick in opening a new account — the scheme ends on 30 November 2019.

Though they won’t be available to new savers after this date, you can keep saving into your account if you opened your Help to Buy ISA before then.
2. Shared ownership

Shared Ownership allows you to buy a share of your home starting from as little as 25% and rising up to 75% of the property’s value.

The amount you purchase is based on how much you can afford so you don’t overstretch your finances. You then pay subsidised rent to a landlord on the remaining share of your home.

You only need to have saved a deposit on the share you are buying rather than on the full house price.

And when you're ready to, you can buy more shares, which in most cases leads to outright homeownership.
Countering the ‘Generation Rent’ narrative

With several schemes available to help first-time buyers, the future of home-ownership might not be so bleak.

“Whatever stage of the journey they’re at, there are now several options available to help get first-time buyers on the property ladder,” says Zac Worthington, Senior Sales Manager at Laurus Homes.

“Schemes like Help to Buy and Shared Ownership mean that buyers can take capitalise on the current standstill in house prices without needing the big deposits that are taking people decades to save for.

“It’s an opportunity to subvert the ‘Generation Rent’ narrative that, hopefully, more people will take advantage of.